He said to them, “Go into all the world and preach the gospel to all creation. 16 Whoever believes and is baptized will be saved, but whoever does not believe will be condemned. 17 And these signs will accompany those who believe: In my name they will drive out demons;they will speak in new tongues; 18 they will pick up snakes with their hands; and when they drink deadly poison, it will not hurt them at all; they will place their hands on sick people, and they will get well.”

I remember when I came home from El Salvador in August of 2018 my mom asked me a question. “Do you ever feel overwhelmed by the number of people who need support?” I enthusiastically responded, “No! It gets me excited.”

When you jump into the world of missions you meet loads and loads of people. Some who are experiencing their first ever taste of missions, some who are in the middle of intense Bible training, and even some who have been full time missionaries for decades. There’s beauty in opening the eyes of a believer to a whole new world of possibilities, and sometimes even to a whole new calling.

Now, don’t get me wrong. We’re all made to be missionaries! Mark tells as much, saying “Go into all the world and PREACH the gospel.” This wasn’t a command just for the disciples or the apostles, or even just for early day Christians. It’s a command for all of us, now. It’s a daunting task, that we’re all called to complete. A lot of people (most, even) are called to stay where they’re at and minister in their everyday life. Our homes need God too, am I right? But for a certain few, we’re called to step out into some unstable ground and embark on a new journey of ministry. For some people it this means new missions trips every few years, and for others it looks like dedicating a couple of months out of the year to a new opportunity.

Then there are those who leave for much longer. A year or two, or even for life. It takes a certain kind of strength, but it must be done. C Gordon Olson says this, “If every Christian is already considered a missionary, then all can stay put where they are, and nobody needs to get up and go anywhere to preach the gospel…But if our only concern is to witness where we are, how will people in unevangelized areas ever hear the gospel? The present uneven distribution of Christians and opportunities to hear the gospel of Christ will continue on unchanged.” So then this presents the problem of the unreached. If we agree to “stay put” as Olson suggests, and minister where we are, then there remains millions of people who will never hear the gospel. Jungle tribes in Ecuador, unreached. Devout Muslims of Africa and the Middle East, left isolated. Gang members of El Salvador, Mexico, Honduras, all abandoned. Because if all we do is stay put, then we assume that every single person living on our earth has access to at least one Christ-Sharing friend. That simply isn’t the world we live in.

So what will you do about the unreached in your life? Are you comfortable sitting backing and hoping someone else does the work for you? Will you go yourself? Or will you support one of the many who need help to get going? Recently I heard someone speaking about how their brother-in-law wasn’t saved, and they prayed and prayed for this man to be saved. But for years, nothing had happened. And one time they were discussing some things and the brother-in-law told my friend, “I don’t think any of you Christians believe what you say you believe. Because if you thought I was going to end up burning in hell for not believing, you’d be saying something to me. A whole lot of people would be talking to me, but they aren’t.” This hit me straight in the chest. How many friends do you have that may think the exact same thing about you? Are you willing to sit by idly as people parish and are sent to eternal punishment? Are you willing to have the uncomfortable conversations? Would you put aside your will to be liked and thought well of, to have real, intentional conversations that could be forever impacting lives?

I’m ready to tell the world. Are you?

I want to introduce you to my wonderful friend Crys. 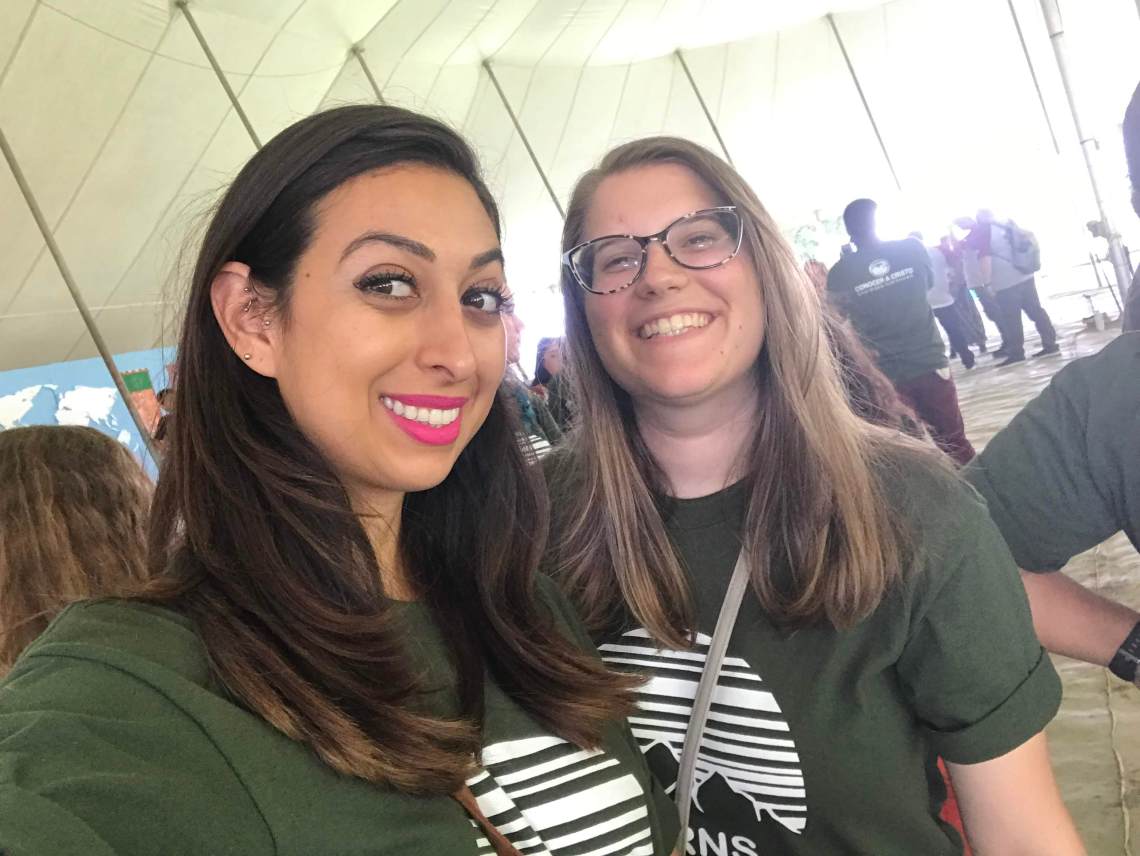 I first met Crys in El Salvador where we both served as 2018 Summer interns. Crys was one of the six “Nica Chicas”, as we called ourselves. That is, Crys was supposed to be an Intern for King’s Castle – Nicaragua, just like me. In a difficult and stretching turn of events, God brought all six of us, along with three missionaries, and three Nicaraguans to El Salvador for an unforgettable summer.

Throughout my summer, I got to know Crys. We had many conversations, some on buses, some on rooftops, and others sitting together in a bunk late at night. We got to know each others hearts. Some people ask me if I still keep up with the people I’ve met on my trips, and the easy answer is “Yes, absolutely!”. However, with 25 interns, 6 leaders, dozens and dozens of nationals in master’s commission, and probably hundreds of children met on the street, there’s simply no way to keep up with everyone. But there are some that you hold onto tightly. Some that the bond formed doesn’t break or weaken with time and distance. Crys is nurturing, she loves on people like no one I know. She took care of us when we were sick, and even when she was sick. She is the hands and feet of Jesus, and just like so many people I’ve met, she has a heart bursting for missions.

Crys has been called, and approved, as a Missionary Associate with the Assemblies of God World Missions. She’ll be spending some time in Costa Rica, learning Spanish, and then soon after will be headed to El Salvador for a year and a half.

Ever since Crys turned to the Lord in her 20s, she has sought after God with everything she has. She’s followed Him in every direction He takes her, and this is no exception.

So friends, we come to the part of this post where I ask for a response.

You don’t often go to a church service, where a pastor doesn’t offer of the possibility to respond to a message and accept salvation. So much like that, I ask if you’re willing to respond to the Great Commission.

Crys is in need of monthly supporters! She’s trying to completely finish her monthly supporters in this coming month, and she needs help from us, the Body of Christ. You may not know Crys like I do, but she is your sister in Christ. She’s called to be the hands and feet of Jesus Christ in El Salvador. She’s called to minister to families that are broken and in need of a savior. I ask that you would consider supporting her so that you too can partake in glorifying our Lord in the beautiful country of El Salvador.

View all posts by livinginpeaces.com